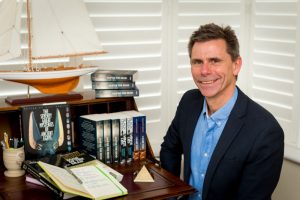 Hello Murray, thank you so much for joining me today. What was the inspiration for Singapore Killer?

The whole series was inspired by my father who was a military policeman in Singapore during the 1950s.

What prompted you to start writing the Singapore Series?

I read a Lee Child novel and thought: I can do that. I have a character and an exotic setting – plus the seeds for a plot. However I subsequently found it harder than I expected.

How much research did you do before starting?

I took my dad to Singapore for his 75th birthday. He thought it was a holiday but I never stopped asking questions. I’ve been again since. I’ve and also been to Kuala Lumpur and Penang, both of which feature in the series.

So no further research as you work?

Lots of research! I have a number of good reference books for the period including a fabulous one full of photographs. Of course I use the internet, but I also have a few readers who can also be called upon to help.

Singapore Killer is book 5. Can it be read as a stand-alone?

I hope so. It’ll help to read them in order, but it really shouldn’t matter.

Will there be a sixth book?

Yes, it’s called Singapore Fire, and it will be the last of the series. However Ash Carter may well appear in Hong Kong if he does resurface.

Map of the Dead which had flashbacks to ancient Egypt, was an Amazon best seller. Your dad didn’t inspire that one?

No. One of my hobbies is Egyptology. Reviews have compared the stories to Dan Brown and Preston & Child, although I think the flashback/sub plot to ancient Egypt makes mine distinctive.

You’ve had three ancient Egypt based stories published so far, are there plans for more?

There is a standalone which is the story of the character in the flashbacks. The other two are part of a trilogy. I’m hoping to complete Code of the Dead fir publication next year.

What tips would you give to an aspiring writer?

Just write. Edit, listen to feedback and try and improve. However be true to yourself and your style.

If you could pick the three best books in your chosen genre, what would they be?

I am Pilgrim by Terry Hayes; The Woods by Harlan Coben, and; The Last Child by John Hart.

How much time do you spend writing each day?

It varies a lot because I do other work as well, but writing and research probably add up to four hours a day on average. However I don’t write at weekends because that’s family time.

If you could live anywhere in the world where would it be?

I’m fairly well-travelled, both for work and pleasure, but I also love home. I live close to the beautiful Jurassic Coast of England and as long as I can also travel, I have the best of both worlds. 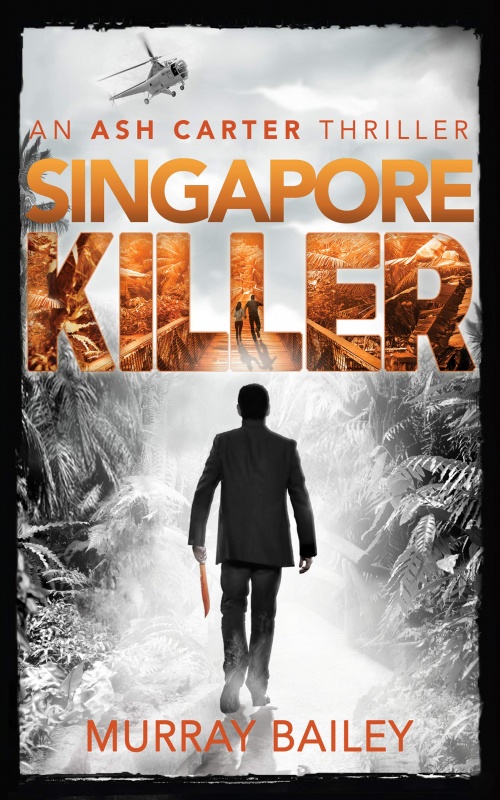 You didn’t always live on the south coast.

My family originate from Manchester, where I was born. However I lived in numerous places in England before settling about 7 years ago.

Which has been the hardest book you’ve written?

Always my next one. Code of the Dead has required a lot of research both modern day and historically.

Which of your books is your favourite?

That’s difficult. I think it’s either Singapore Killer or Secrets of the Dead (this is being renamed Sign of the dead for a re-launch later this year).

What was the first story novel you wrote?

When I was a teenager I wrote a kids book. I’m not sure what happened to it!

What was your first taste of success as a writer?

If you count journalism, then I would say having an article published by the Times when I was 18. Otherwise it wasn’t until I wrote the first version of Singapore 52. It was originally called The Jin Deception and won a competition to be reviewed by Harper Collins. The result was a total rewrite!

Why didn’t you go into journalism?

Maths and physics was more my thing back then and I wanted a career that would pay well. Years later, I edited a magazine for a year which gave me enough experience to know that I’d made the right decision.

Would you write full time if you could?

I’m not sure. I have a fantastic work-life balance, where I consider writing to be work. Whatever I do, I ensure I get plenty of family time.

Map of the Dead had a treasure hunt embedded within the story. Has the golden pyramid been won and are you planning any more hunts?

Yes the pyramid has been won. It took up far too much of my time and detracted from my writing. It’s spawned a story idea involving reassure hunters though, so expect that in a couple of years. Would I do it again? Never say never.

What do you enjoy most about writing?

Getting feedback from readers. If I entertained them, then it makes me happy. It’s an odd motivation when I try to rationalise it, but it’s more important than the satisfaction of completing a story. And definitely more important than financial reward.

Have you attended any courses in creating writing.

After my early failures, I did an online course and a two-day one. The thing that helped the most was learning to structure the story. Understanding the traditional stages and thinking about story arcs.

Your stories are all different—even within a series. But do you use the Twelve Steps or Snowflake approach?

I think about structure but I don’t let it dominate the story. I hate it when a writer seems to follow a formula or a story is too linear. My aim is to surprise my readers. Hopefully I achieve it.

What was the best advice you received as a writer?

To set my book aside after the first draft and only return to it when I’d almost forgotten the story. That way I aim to edit my story like I’m reading it for the first time. Because I have a number of projects on the go, I can forget the story detail reasonably quickly! And the older I get the faster I seem to forget it.

Do you have any routines when you sit down to write?

Not really. The main thing is that I don’t procrastinate. If I’m not sure of how the next scene works, I don’t fret about it, I just write. I can cut it out or edit it later.

Have you suffered from writer’s block?

Again, not really. It’s usually because the story doesn’t progress correctly. I either work on another project or jump to a later chapter. The most fun I had was writing Singapore Killer. I was about 2/3rds through when the sequence of events didn’t seem quite right.

So I jumped to the end and wrote the last chapter (which I hope you like!) then worked backwards chapter by chapter. It soon became clear that I needed an extra day so that everything could happen without feeling crammed in—and to give BlackJack enough time.

Can you give us a teaser for Singapore Fire?

In the first book, Carter falls for Su Ling, the niece of the criminal gang. However the relationship doesn’t work because they are on different sides of the track. In the final book, they plan to escape from Yipp—although it’s not as straightforward as they hope. A few other loose ends also get tied up, but that’s as much as I’ll say. 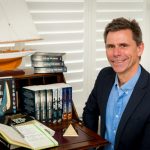 Murray Bailey got his first taste of success when he was published in the Times at 18. He also had articles published in his local newspaper.

Although he went on to pursue a different career, he continued to write and became the editor of an international magazine and editor of 4 technical books. 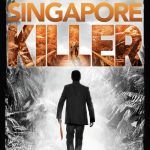 A helicopter crash and burned bodies.
A faceless corpse.
A mysterious town.
Carter is drawn into a dark case from which there seems no escape.