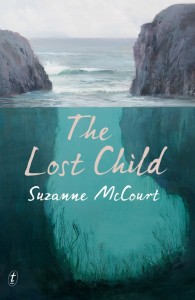 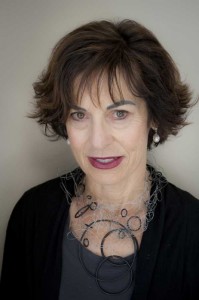 Suzanne McCourt also joins us on day twenty-seven of National Novel Writing Month. Her debut novel, The Lost Child has been released today. She shares with us her writing process and route to publication.

It took me almost ten years to write The Lost Child, in part because I tried to control the process: I thought writing came from my head and it took some time to discover that it needed to come from my heart. Losing my mother and having four family deaths within eight months, taught me a lot about letting go of control. So did Barbara Turner-Vesselago’s freefall writing workshops. But it was only when I let myself trust the voice of a child who’d tried to take over a previous novel—only when I allowed Sylvie to tell her own story—that The Lost Child began to unfold without interference from me.

Nabokov suggests that a writer is part storyteller, teacher and enchanter, and that by far the most important of these is enchanter. One of the great joys of writing from Sylvie’s perspective was that I was able to enter a child’s world of innocence, spontaneity, vulnerability and humour and lose myself in the process.

I once heard a sports writer describe how the Australian runner, Catherine Freeman, prepared for winning at the 2000 Sydney Olympics. Prior to the race—any race—she focused on the lane where she would shortly be running. She saw nothing but the lane. She felt her legs moving, and when she began, she was so absorbed by the act of running that she ceased to exist and became running itself. In writing, it’s this same process of total absorption that excites and attracts me.

I’m not a fast writer. I rewrite and rewrite, getting closer and closer to the truth that I don’t know I know, until I have that moment of recognition. I used to be very good at chaining myself to my desk and writing a certain number of words a day. Then I met a prizewinning novelist who wrote ‘only’ three hours a day. I now follow his example, recognizing that dream time is just as important as desk time, and that I’m replenishing the well while I’m living.

In the way of many first novels, I let The Lost Child unravel without a lot of planning. My second novel is set in Poland and Russia during the early twentieth century and I blazed out the first draft in a NaNoWriMo experiment. It was an appallingly basic draft, but it did put words on the page and this time I’m working within a clearer structure.

The Lost Child may have taken a long time to write—and there were many occasions when I almost gave up—but publication came so quickly and unexpectedly as to seem almost miraculous. After applying for a residential fellowship, I was contacted by one of the judges, a senior editor at my dream publishing company. She liked the sample chapter I’d submitted as part of my application, and invited me to contact her when I finished my novel. Reader, I did!

Suzanne McCourt lives in Melbourne. The Lost Child is her first novel.

The Lost Child by Suzanne McCourt is published by Text, £10.99 paperback.