A Seaside Affair Blog Tour – We Chat To Fern Britton 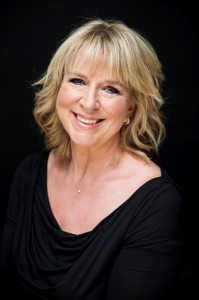 A Seaside Affair by Fern Britton was released by HarperCollins on 24th April.

We are very pleased to welcome Fern and her blog tour to Novel Kicks. We had a chat about her book, the fictional character she’d like to meet and her advice for writers.

Can you tell us about A Seaside Affair?

A SEASIDE AFFAIR is my new novel, out on the 24th April, and it’s all about the theatre. The Pavilions theatre in Trevay specifically, which is the fictional Cornish village I write about, based on the real village of Padstow. Left to rack and ruin, not supported by the local people or the local council, it’s on the brink of closure, until a giant coffee chain step in and prepare to buy it. Of course, the community quickly rallies round and a host of villagers decide it’s worth saving! Actors and celebrities descend on the town, and there are affairs, flings, misunderstandings – lots of fun. I was partly inspired by my tour last year with Strictly Come Dancing. I used to be a stage manager myself in the 70s, and when I was on tour I spent a lot of time with the stage management crew, sharing stories about all the scandals that went on, and thinking, yes, I want to write about the theatre next!

Who has been your favourite character to write?

My favourite character – and it’s hard to choose them – is Colonel Stick, from my new novel, A SEASIDE AFFAIR. He’s wonderful – an army man in his 80s, he’s also worked in the theatre, and is a fantastic entertainer! He’s had to hide a secret about his personal life for over 50 years, but at the end of the book, the secret comes out and he can be who 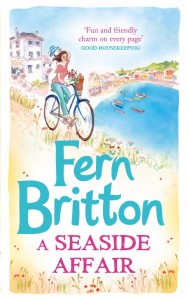 he really is. I found it incredibly moving to write, but I really like him, and I hope you do too.

Rhett Butler! He’s got a sensitive heart but he’s as tough as old boots! And in fact, one of my own characters, Piran Ambrose from HIDDEN TREASURES, is a little bit like him – I like to think of him as a sort of cross between Rhett and Marco Pierre White.

What’s the best piece of writing advice you’ve been given and what advice would you give to new writers?

I often get asked this question, and I can tell you the best piece of advice I ever received was: once you’ve started writing, don’t stop! You could write the first sentence or the first chapter for ever and ever – don’t! I try to write chapter a day if I can. The next day, I’ll go back and revise if necessary. But don’t ever stop!

A Seaside Affair is now available to buy in hardback and e-book.

Fern also answered some Twitter questions and recorded a video.