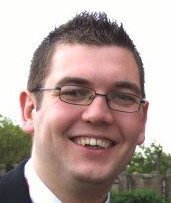 Luca Veste’s debut novel, Dead Gone, was released on E-book by Avon earlier this month with the paperback being released in January. As part of his blog tour, Luca had a chat with Novel Kicks about his new book and who’d he’d like over for dinner….

Can you tell us about your new book, Dead Gone.

Dead Gone is the first in the DI Murphy and DS Rossi series. A body is found in Sefton Park, Liverpool and when the victim is identified as a local university student, Murphy and Rossi begin looking at those close to her, expecting to find her killer amongst them…ignoring the letter attached which linked the murder to a historical and unethical psychological experiment. Then, another body with its own letter is found…and then another. Murphy and Rossi realise they’re tracking a serial killer who is playing the ultimate game of life and death with them. 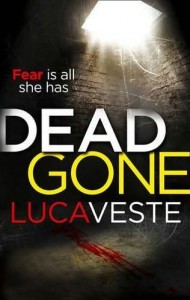 Can you tell us about your writing process – are you a planner, do you edit as you go, are you a writer who religiously writes a certain amount of words per day?

I’m a planner of sorts, in that I know roughly what the beginning and ending of a novel is when I start. It’s the bit in the middle that takes the time! I usually write long drafts, which helps find the linear plot of the story and then write up from there. I don’t edit as I go along within a draft, but I do write around 1500-2000 words a day most of the time.

Who would you invite over to dinner?

George Carlin – Not only the best ever stand up comedian, but also a great philosopher of our time.

Dr Harry Harlow – I’ve been fascinated by this psychologist since I began writing Dead Gone (and using his research as a starting point). I have many, many questions about his study into isolation.

I’m running out of chairs…

Given I predominantly read crime I’m tempted to say none of them! They’re either killers, or those trying to find them, which would mean we were either meeting because I was about to become a victim or I was under suspicion. Pushed, I’d go for Tom Thorne from Mark Billingham’s incredible series of books. He’s a messed up guy for the most part, but I reckon he’d be a great laugh when he wasn’t in the middle of an investigation, with many stories to tell over a few beers.

Take chances. I love authors who are brave in there storytelling and with characters.

Read, read, read. The best way to learn the fundamentals of writing is by reading others.

Question each decision you make. Is it best for the story to do this or that?

Rewrite and then write again. It’s rare the writer who can produce a satisfactory first draft.

Finish your book. Arguably the hardest thing for a first time writer to do is finish the story in the first place. Keep at it, and finish what you started out doing!