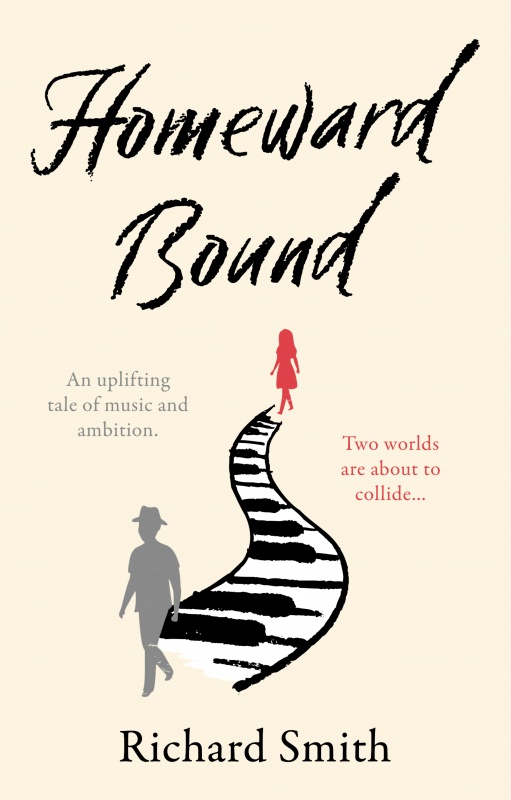 A big hello to Richard Smith. He is here with the blog tour for his latest novel, Homewood Bound.

Homeward Bound features 79-year-old grandfather George, who didn’t quite make it as a rock star in the ‘60s. He’s expected to be in retirement but in truth he’s not ready to close the lid on his dreams and will do anything for a last chance. When he finds himself on a tour of retirement homes instead of a cream tea at the seaside his family has promised, it seems his story might prematurely be over.

He finds the answer by inviting Tara, his 18-year-old granddaughter, to share his house, along with his memories and vast collection of records. She is an aspiring musician as well, although her idea of music is not George’s. What unfolds are clashes and unlikely parallels between the generations – neither knows nor cares how to use a dishwasher – as they both chase their ambitions.

Richard has shared an extract today so grab that comfy chair, a drink and enjoy.

There were two things George Turnbull treasured above all else. One, his piano – upright, of no particular repute, King’s Head not Royal Albert Hall, but much played and well loved.

“This is our luxury accommodation. The Churchill Suite.”

“Lovely and roomy.” Toby nodded, turning to his wife for a affirmation.

“We allow our residents to keep their most precious mementos,” the sales pitch continued. “Picture of a loved one to put on the dressing table, favourite clock. So long as it’s not too large.” 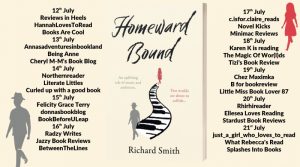 The second was his record collection, several thousand vinyl LPs, EPs and singles, and almost as many CDs.

“We find these suites are very popular, especially with our well-to-do guests.”

“Ah. That’s something that might be a problem. You see, George isn’t really that ‘well-to-do’. That’s true, isn’t it, darling?” Toby paused, turning to Bridget. She frowned, narrowed her eyes and glowered. “My wife and I will be selling his house in London. Even so, I’m afraid we may not be quite in the right – how should I say – ballpark? For the Churchill Suite.”

“No matter.” Mrs Williams carefully straightened a badge on her lapel. Worn like an ornamental brooch, it sported a designer logo, her name and the words, ‘Proprietor, Lastdays Rest Home’. “Perhaps Mr Turnbull would like to see one of our Mornington Rooms.” She barely glanced at George as she spoke. “Follow me. They’re just down the corridor. An acceptably a affordable option, we like to think.”

There was a third thing, George now realised. To piano and records, add his cuttings. He’d kept every review, from his first performance pictured in the Swindon Advertiser, complete with ration-book out t and National Service cropped hair, to his last at the Pavilion Ballroom, Strathpeffer, where his hair had been shorn not by clippers but by time. Except they weren’t really cuttings. He’d kept the whole newspaper. The front-page banner headlines weren’t international issues, more ‘Council Debates Road Closure’, ‘Stray Dog Causes Travel Chaos’, ‘Garden Blaze Destroys Shed’. And they weren’t so much reviews as gig listings and ‘Also Playing’. Yet he had them all. This monument to the past was in the same room as his music, a wall of yellowing paper, stacked in date order. ‘A fire waiting to happen,’ Toby called them.

Bridget put her hand gently on George’s arm. “Let’s move on to the Mornington Rooms. Don’t you think so, Dad?”

It was the first time anyone had addressed George directly for some while, though in truth, he’d hardly been listening. For he’d suddenly realised there was a fourth treasure. Hunter. How could he have left him out? An ageing Labradoodle, struggling with a failed pancreas and the effects of a drug overdose, it was a miracle he was still alive. He’d been Evelyn’s dog, but Hunter surely had to fit into the rankings. Was he less important than the cuttings? And was the piano really more important than the records?

“Are you feeling alright, Dad?” 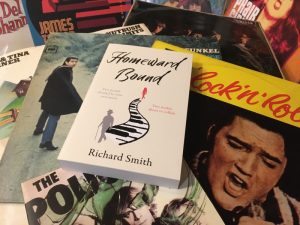 “Come on, let’s get moving or we’ll run out of time to sort anything out.” Toby swayed impatiently as he spoke. “I was thinking about my music. Actually.” George ignored his son-in-law. “Lovely.” Mrs Williams strode o down the corridor like a tour guide on speed. “Was Mr Turnbull a musician? Left here for the Mornington Rooms.”

Without looking back to check if anyone was following, she made a sharp turn, narrowly avoiding a parked commode. The others duly followed in silent procession: First Toby, mid-fifties, short, greying, appearance by-passed by fashion; then Bridget, younger in age, dress and manner, hair coloured red – too red according to Tara, her teenage daughter. George followed, tall, pale and reluctant, sporting a new knitted jumper, half of an outfit Bridget had bought specially to help ‘bring him out of himself, the other half having been rejected in favour of decades- old slacks. All that was missing was a band playing ‘the Conga’ and any sense of celebration.

Mrs Williams stopped at a sign overhead. ‘Mornington Wing’. “We have thirty-two Mornington Rooms, and as luck would have it, since yesterday, one vacancy. Once the room’s been cleared.” 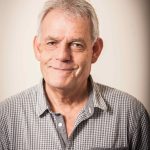 Richard Smith is a writer and storyteller for sponsored films and commercials, with subjects as varied as caring for the elderly, teenage pregnancies, communities in the Niger delta, anti- drug campaigns and fighting organised crime.

Their aim has been to make a positive difference, but, worryingly, two commercials he worked on featured in a British Library exhibition, ‘Propaganda’.

Say hi to Richard on Twitter or at richardsmithwrites.com

Homeward Bound was released by Matador in February 2020. Click to view on Barnes and Noble, Amazon, Waterstones and ink84bookshop.