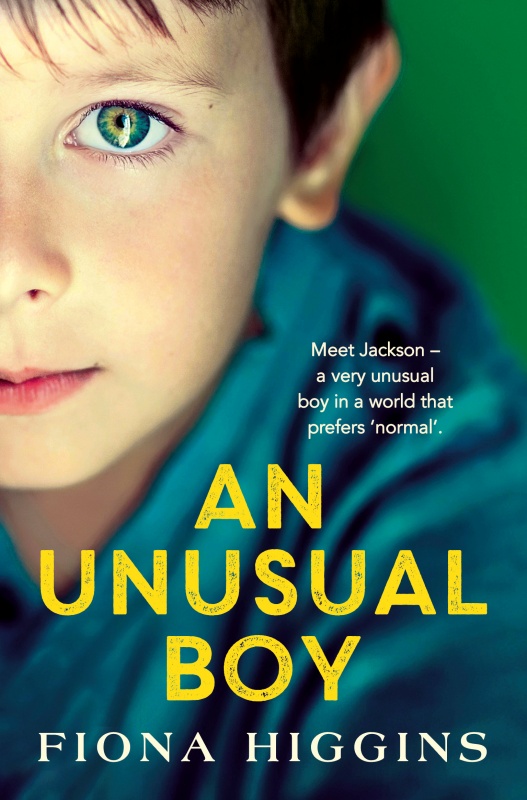 I am pleased to be welcoming Fiona Higgins to Novel Kicks and the blog tour for her novel, An Unusual Boy which has been released today by Boldwood Books.

Julia Curtis is a busy mother of three, with a husband often away for work, an ever-present mother-in-law, a career, and a house that needs doing up. Her fourteen-year-old daughter, Milla, has fallen in love for the first time, and her youngest, Ruby, is a nine-year-old fashionista who can out-negotiate anyone.

Then, one Monday morning, Jackson follows his new friend Digby into the school toilets. What happens inside changes everything; not only for Jackson, but for every member of his family. Julia faces the fight of her life to save her unusual boy from a world set up for ‘normal’.

I have reviewed the book below but first, Fiona and Boldwood Books have shared an extract.

Stifled laughter, the tinkling of a tea bell and the pungent smell of burnt toast drift beneath the bedroom door. Our three children are whispering outside, impatient to sneak in and surprise me. My hand slides across the mattress, reaching for Andy’s, before the crushing realisation swamps me.

A cold, hard nub of loneliness lodges in my chest. Andy’s overseas trips are an unavoidable by-product of his smashing career success; New York this quarter, London next, Tokyo in the spring. I should be used to it by now, but the thought of spending Mother’s Day solo makes me want to curl up under the covers and refuse to come out. For the sake of the children, however, I can’t. It’s my job to create magic on Mother’s Day now.

I stare at the paint flaking off the ceiling above our bed. Recalling the early, easy years with Andy, before there were any Mothers’ Days at all. All that spare time spent sleeping and strolling and staring into each other’s eyes. Two languid years of mutual adoration, before my body endured three pregnancies, two breastfed babies and the singular exertions of gravity itself. Back when Andy and I still saw each other, somehow.

Something clatters to the floor beyond the door.

‘Hold the tray steady!’ Milla hisses at her younger siblings. ‘Careful of that teapot, Ruby!’

‘Shut up, Bossy Pants!’ Ruby objects, with the trademark confidence of a third child.

Jackson remains quiet, presumably observing his sisters wage battle, before pointing out in his quiet drawl, ‘She’s woken up for sure.’

I make an exaggerated yawning sound, a sort of sigh and groan combined, then lie perfectly still. The ruse works: the tea bell rings sharply, the door nudges open and Ruby’s stubby fingers curl around its edge.

I hear Jackson counting to three in Mandarin.

‘Yaaah!’ Ruby bursts forth in all her nine-year-old glory, zigzagging across the room in pink sequined pyjamas and purple fluffy slippers.

‘Happy Mother’s Day!’ She launches herself onto my lap and gazes at me with earnest blue eyes. ‘I think I’ve got nits. My head’s itchy.’ 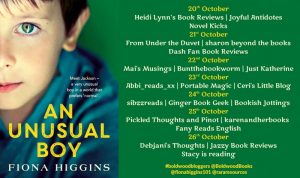 It’s only been three weeks since a lice contagion swept through Grade Three. Surely it’s too soon for another?

Milla enters the room, bearing a wooden tray laden with Pamela’s heirloom tea set, a stack of singed pancakes, several bowls of condiments, and a single pink rose in a blue Wedgewood vase. Milla’s blonde mane is always plaited in two long, perfect braids, a carryover from her netball days, while I struggle to manage a blunt-cut bob.

‘Morning, Mum.’ She sets down the tray. ‘Ruby burnt the croissants, sorry.’

‘They’re just well done,’ objects Ruby, crawling off me to admire herself in the full-length mirror.

‘Of course they are.’ I reach out and squeeze her hand. ‘You’re doing a great job, Millsy.’

I’m gratified to see this compliment still means something to Milla, given most fourteen-year-olds seem far more interested in peers than parents. 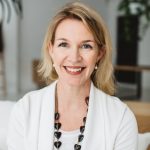 Fiona Higgins is the Australian writer of several bestselling contemporary novels including The Mothers’ Group and Wife on the Run. Her work has been widely reviewed, translated internationally, and described as ‘page-turning domestic melodrama for the social media age’. She lives with her family in Sydney and her first book for Boldwood will be published in October 2020.

My verdict on An Unusual Boy…

This is unlike any book I’ve read before. Told from the point of view of both Julia and Jackson, it gives a great insight into how these two central characters are feeling and reacting to the same circumstances.

There are some parts that are harder to read than others. This book deals with some very thought provoking themes and in my opinion, it does this very well.

Julia has so much going on in her life that, despite the fact that she’s obviously a very strong character, you feel like at some point, she’s got to break and I really didn’t want this to happen.

Jackson is a character that marches to his own drum and there is something so innocent and magical about how Jackson sees the world. I also became very protective during and after the incident occurs.

I had a lot of sympathy for Milla and Ruby too. Like Jackson, they are simply trying to navigate through their ‘normal’ whilst dealing with growing up. They both have a genuine love for their brother which I loved. I have grown so fond of these characters.

The style of writing and the plot itself draws you in very quickly and I found myself reading well into the night, I was so invested. I needed to know what came next.

I really can’t say much else without giving away major plot elements and I don’t want to do that. I’m really hoping that you’ll add this book to the TBR pile and give it a read. It’s compelling, emotional and heartbreaking. It left me with the biggest book hangover!