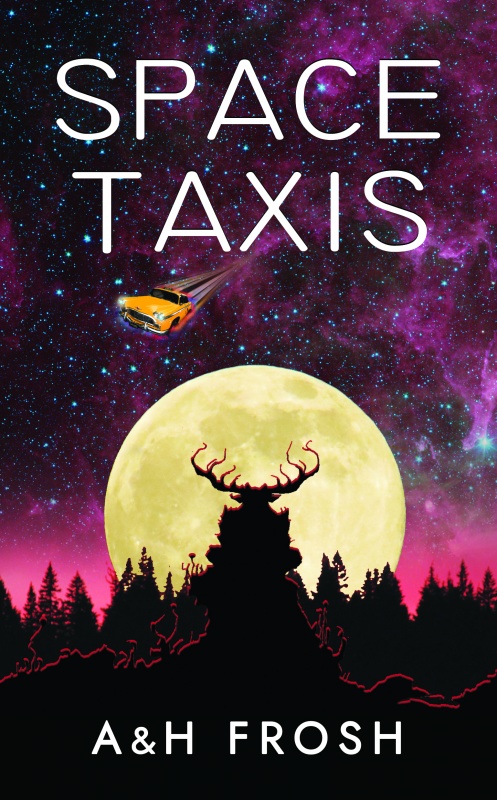 He’s abducted by aliens to the planet Vost.

He’s saving up for his fare home.

In 1977 a New York Cab driver Mike Redolfo is abducted by aliens after being mistaken for a renegade scientist. Meanwhile, back in 1944 a mysterious man and his Jewish fiancée are fleeing across Nazi-occupied Europe.

Redolfo tries to keep a low profile on his new world whilst earning his fare home, but unwittingly gets involved with a shady gang of alien criminals, inadvertently bringing the planet to the brink of catastrophe.

As the link between the timelines becomes clear, Redolfo must discover secrets from the past that may hold the key to saving the planet.

If you like The Hitchhiker’s Guide to the Galaxy, Kurt Vonnegut’s Slaughterhouse 5, and Frank Herbert’s Dune, you’ll love this gripping and entertaining sci-fi mystery thriller.

“A perfect blend of science fiction and alternate history”

At first glance, I was intrigued by this novel and so was delighted to be part of the blog tour for Space Taxies.

The plot follows two threads in separate eras. The first setting is Czechoslovakia during the Second World War under Nazi occupation, with the second setting a short time later and hundreds of lightyears away on the planet Vost.

At first, it wasn’t obvious how these two stories connect, which only served to pull me into the book as I wanted to discover how everything fit together.

I was particularly impressed in how the authors interwove actual historical events into the earth bound storyline, at times providing an alternative explanation to things which remain unclear even to this day. The SciFi element is light enough to keep you reading, but involved enough that everything doesn’t just appear to be magic; a hard line to tread. It is easy for a SciFi story to get lost in the details of the technology and loose the readability but I am glad to report that this doesn’t happen here. 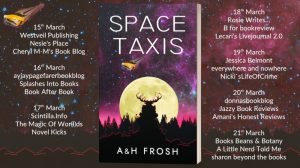 Given the genre, the characters are quirky and not all together human – but they are clearly supposed to be that way. The main characters are well developed enough that you don’t feel anything is lacking and the general pacing is spot on; at no point did I feel the urge to skip ahead.

I would summarise this book as light enough to enjoy, complex enough to hold your attention and interesting enough to surprise you. I know it surprised me. I would like to read more from A & H Frosh. 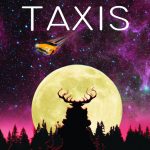 Adam wasted much of his youth watching Star Trek on the TV and films like Planet of the Apes and Alien on the big screen. He redeemed himself by becoming a surgeon but has since graduated from writing articles for science journals into writing his own Sci Fi and Alternate History stories.

As a writer he is dedicated to giving his readers a great story laced with strong, fun and scary characters. Descended from Jewish refugees who escaped from the pogroms, he is haunted by the stories of the Holocaust but inspired by heroes who put themselves at risk to save others. Adam likes to hear from his readers.

You can find him at http://adamfroshauthor.com or on Facebook.

Harriet will never be able to let go of Greek gods. No, not the sculpted Adonis-like figures on the beach, but the ancient ones.

Loving all things mythological, her writing incorporates myths and legends from around the world. Her other fascination is with the criminal mind, and you can expect to see a blend of these two interests in her writing.

As a student of English, she spends her day critiquing literature and her evenings creating exciting characters and fun stories.

Harriet is also an artist, and she would like to hear from her readers and those interested in her art. You can get in contact at http://harrietfrosh.com/

You can also say hello to both Adam and Harriet on Twitter.

Space Taxies was released by Burton Mayers Books in 2020. Click to view on Amazon UK or Amazon US.