Book Review: The Ballard of Songbirds and Snakes by Suzanne Collins 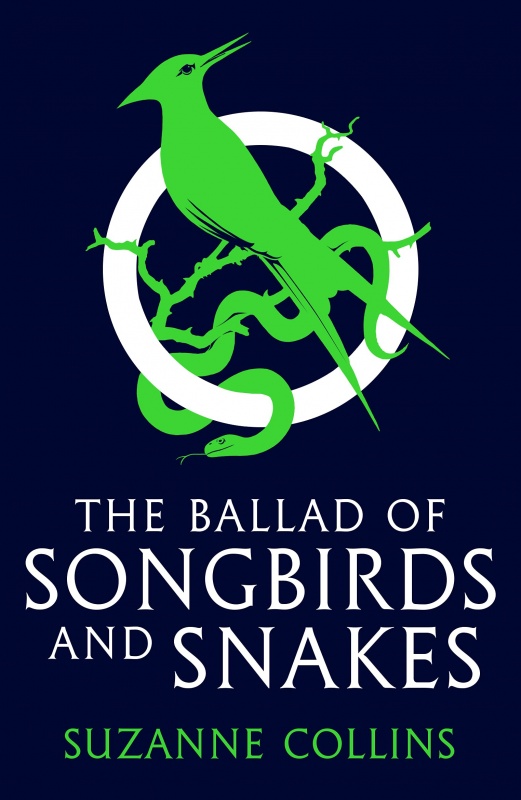 Ambition will fuel him.

Competition will drive him.

But power has its price.

It is the morning of the reaping that will kick off the tenth annual Hunger Games. In the Capitol, eighteen-year-old Coriolanus Snow is preparing for his one shot at glory as a mentor in the Games. The once-mighty house of Snow has fallen on hard times, its fate hanging on the slender chance that Coriolanus will be able to outcharm, outwit, and outmaneuvre his fellow students to mentor the winning tribute.

The odds are against him. He’s been given the humiliating assignment of mentoring the female tribute from District 12, the lowest of the low. Their fates are now completely intertwined – ; every choice Coriolanus makes could lead to favour or failure, triumph or ruin. Inside the arena, it will be a fight to the death. Outside the arena, Coriolanus starts to feel for his doomed tribute… and must weigh his need to follow the rules against his desire to survive no matter what it takes.

Coriolanus Snow is 18 and a student in the Capitol, ten years after the end of the war. With the effects of the war still fresh in the mind of those both Capitol and Districts, the 10th Hunger Games is about to begin. Snow is one of 24 students chosen to be in the first batch of mentors for the incoming tributes.

When he is assigned the girl tribute from District 12, he sees this as the biggest humiliation. Once the games begin however, it becomes a battle for survival both in and out of the arena.

From the time I first read The Hunger Games books and saw the films, I found myself wondering about President Snow and how his story began so when I found out that The Ballard of Songbirds and Snakes was going to be from Snow’s perspective, I was excited. Surely he was not born with that much hatred and contempt for the districts?

When we meet Coriolanus, the Snow family are one tax bill away from losing their home. They are as far away from the President’s mansion and riches as they could possibly be. His Grandmother is frail, his Parents dead and his Cousin, Tigris does all she can. Their biggest fear is that someone finds out about their situation and the Snows become a laughing stock. No, they need to keep their secrets.

With this being a sequel to existing novels, I did expect references to the original trilogy, for example, the origin of The Hanging Tree song and where Snow’s hatred of Mockingjays come from. Some are more subtle than others. I think the author does a good job at weaving them in. It was also interesting to see the Capitol in disarray and not the decadent city we see when Katniss arrives over 70 years later.

The games themselves have a much simpler format to what they will become and it was intriguing to see how this and the characters we meet shape the future of The Hunger Games.

There is definitely ambition in the 18 year-old Snow but at this point, there is also humanity. He loves his cousin and has sympathy for the districts – in his own way. All this is tested when he meets the formidable and scary Dr. Gaul (who is a dangerous character.)

There are some shocking moments in this novel and some horrific revelations in regard to how the Hunger Games came to be in the first place. It also shows a different side to Snow. A side where he is loyal and is capable of love and compassion.

Overall, I found this book so intriguing and a fascinating insight into Snow’s psyche. This is a bit slower than the Hunger Games books and concentrates more on the characters rather than the action in the arena but I feel that this works.
I do think that there could be another book, one that focuses on his time as a Game Keeper (which I assume he becomes at some point,) and how he becomes President. I also want to know what Tigris does to deserve what he did to her (if you’ve seen the Mockingjay movie, you’ll know what I mean.)

Please Suzanne Collins, please let there be another book.

In my opinion, a great sequel for the Hunger Games novels and hopefully not the only one.

Suzanne Collins has had a successful and prolific career writing for children’s television. She has worked on the staffs of several Nickelodeon shows, including the Emmy-nominated hit Clarissa Explains It All and The Mystery Files of Shelby Woo. 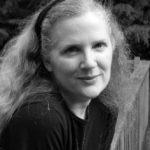 Collins made her mark in children’s literature with the New York Times bestselling five-book series for middle-grade readers The Underland Chronicles, which has received numerous accolades in both the United States and abroad.

In the award-winning The Hunger Games trilogy, Collins continues to explore the effects of war and violence on those coming of age. Collins lives with her family in Connecticut.

The Ballard of Songbirds and Snakes was released in paperback by Scholastic on 8th July 2021. Click to buy on Amazon UK.