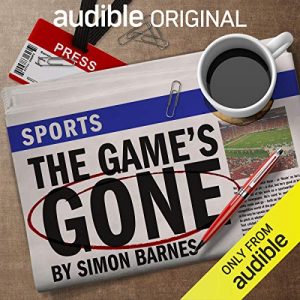 No one would call David Rose – or ‘Rosie’ as he’s known to one and all – a star, but he’s good at his job and proud of his work as a sportswriter for a national newspaper. He’s used to seeing flashier talents come and go – both on the field, and in the competitive world of the press. Football comes first in the way he spends his working life, but he’s happy to pitch in whatever the sport – from Formula 1 to Test cricket in the West Indies, the Olympics to a heavyweight championship bout in Japan.

He’s used to the ups and downs of a journalist’s life and has learned to keep his own head safely down – until an especially venal boss pins his own misdemeanours on the entirely innocent Rose. Rosie’s revenge is slow but sweet, as he manoeuvres through a world where egos clash, money talks and you’re only as safe as your latest by-line.

David Rose or ‘Rosie’ as he is known is a sports writer for a national newspaper. He’s not a star but he’s good at what he does, he puts the work in and he takes pride in what he does.

Books relating to sport is not usually something I would pick up. However, I am pleased to have taken part in the blog tour for this book. As an Audible original, it was narrated by Colin Mace and he did this very well. I felt he really helped bring over the various personalities of the characters.

This book reminded me of Nick Hornby’s Fever Pitch in style but Simon Barnes covers a wide range of sports. I could tell that he brought a vast amount of personal experience to this story.

I have to admit, at the beginning of the book, I didn’t like many of the characters. Even Rosie grated on me a little, mostly down to comments about women. The Game’s Gone does well to shine a light on how it would have been. As a result of this, it took a while for me to settle into the narrative but what I found as I progressed were very intriguing and interesting characters, especially David Rose.

It was great to see this world from his eyes and what disgraceful behaviour ensued. There are many 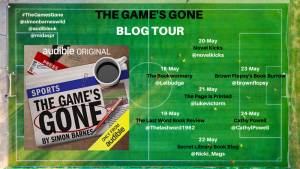 twists and turns relating to people and plot. It’s a unique perspective from the world of sport that I don’t think has been told before but for me, it was so much more than the sport. I recognised various personalities, backstabbing and all.

This book merged fiction with real historical sporting events and I found this to be one of the most intriguing aspects of the book as I saw what it was like for people witnessing it first hand.

The Game’s Gone had some proper jaw-dropping and laugh out loud moments. If you love sport or enjoy observing human behaviour, this audiobook is a perfect choice. I have to say, I loved it. I would be very interested in whatever Simon Barnes decides to write next.

Thank you to Simon and Audible for the review copy. 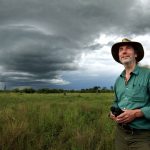 Simon Barnes was the Chief Sports Writer for The Times until 2014, having worked for the paper for 30 years, during which he covered seven Olympic Games and six World Cup finals.

He writes about sports and wildlife and is the author of over 20 books, including the best-selling How to be a Bad Birdwatcher; Epic: In Search of the Soul of Sport and Why It Matters; and Rewild Yourself: 23 Spellbinding Ways to Make Nature More Visible.

The Game’s Gone is an exclusive to Audible and was released in April 2020. Click to view on Amazon UK.