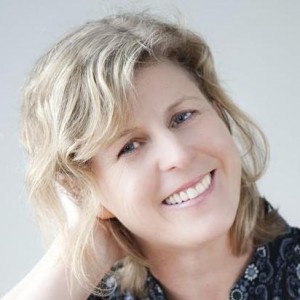 I was very pleased to be included in the blog tour for Liane Moriarty’s new novel, The Husband’s Secret. Liane lives in Australia and is the author of Three Wishes and What Alice Forgot as well as three books for children, The Space Brigade.

Hello Liane. Thanks for joining us today. How did you get the idea for The Husband’s Secret?

Two years ago I stumbled upon a fascinating article about real-life deathbed confessions. I learned about Christian Spurling, who confessed on his deathbed to faking a notorious photo of the Loch Ness Monster. There was a famous songwriter who was dying of cancer who wrote a letter admitting, after years of adamant denials, that she had plagiarized a lullaby melody. Then there was the hapless man who, after suffering a stroke, confessed he’d killed his neighbour thirty years earlier. The only problem was that he didn’t end up dying. After he was released from hospital, he went straight to jail. These stories, particularly the one about the man who didn’t die, got me thinking. I was intrigued by that overwhelming desire to share your darkest secret. So I came up with the idea of a man who feels such a powerful desire to share a secret that he sits down and writes a letter to his wife, to be opened in the event of his death. It’s a deathbed confession, except he’s not dead.

So far, what’s the best thing about being a writer?

The first memory is of sitting on a Sydney ferry and seeing the woman next to me open her handbag and pull out a copy of my first novel, Three Wishes. She then proceeded to read it. As if it was a real book! Until then I’d secretly wondered whether the whole process of publication had been a giant (cruel) practical joke.

The second memory is of sitting on my back steps watching my son play in the yard, while I was on a conference call with my literary agent, a film agent, and a Hollywood film producer. The producer was buying the film rights for What Alice Forgot. “We were thinking of someone like Jennifer Aniston or Reese Witherspoon for the role of Alice,” he said, just as my little boy bellowed, “I’m hungry!” It was quite surreal.

Which superpower would you have?

To fly. I know everybody has dreams about flying, but mine feel so very real. Each time I dream-fly, I think, “That’s right, of course I can fly—how could I have forgotten!”

What do you do in your spare time when you’re not writing?

I read in bed, read in the bath, read in the TV commercials, sleep, eat chocolate, work off all that chocolate in gym classes, ski (not that I ski every weekend, but I thought I should mention something outdoorsy), and now it occurs to me that I haven’t mentioned my children, and I don’t know how I could have forgotten them, because they are currently with the babysitter, screaming their darling little heads off in the hallway just outside my office door. What I actually do when I’m not writing is take care of my five-year-old son and three-year-old daughter, and I like that very much.

The next tour stop is The Friendly Shelf.