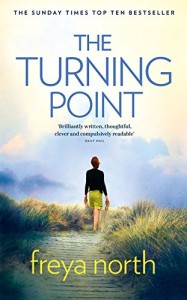 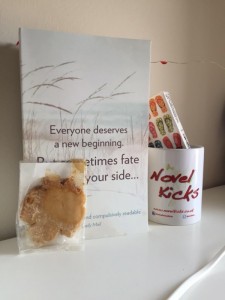 The Turning Point by Freya North is released by HarperCollins and is available to buy from today (4th June 2015.)

Everyone deserves a new beginning. But sometimes fate isn’t on your side…

Over one short weekend, when Canadian musician Scott Emerson and British children’s author Frankie Shaw meet by chance, a profound connection is made. Their homes are thousands of miles apart: Frankie and her children live by the coast of North Norfolk while Scott’s roots lie deep in the mountains of British Columbia. Against all advice, they decide to see where this might go.

Over oceans and time zones, they make sacrifices and take risks, discovering along the way new truths about love and family. For the first time in a long while, it seems life could be very good. But fate has a tragic twist in store, one that could destroy all that was hoped for.

I was excited when I received a review copy of The Turning Point from HarperCollins. I knew little about the plot when I started the book but from the first few pages, I was hooked. I wasn’t sure where the story was going to go at first but I quickly became invested in the characters and wanted to know what was going to happen to them.

The book is told from varying points of view but is primarily told from the point of view of Frankie and Scott – a couple who meet one another by chance when both in London and who fall quickly in love.
Both are in their forties and both are finding love second time around. There are parts of the novel that are slower than in other places but I never found myself struggling and wanting to stop reading. I kept saying to myself, “just one more chapter,” before realising that I had been reading for hours and that I should be sleeping.

There is something warm and inviting about Freya North’s writing style and this book sets a very vivid scene of both Norfolk and Canada (I’ve always wanted to visit Canada and this book has strengthened my want to go in a big way.)
I did think I had the plot of this book figured out but even over the last few pages, I found myself unsure of how this book was going to end. I so wanted it to be a happy ending. However, when a book arrives with a packet of tissues, I get the feeling that it’s going to be a rollercoaster of a book and I wasn’t wrong. (I also loved the flapjack that came with it too.)

There is love in this book but there are also some heartbreaking moments. Each character has their own problems and complications which make them seem very real and relatable. It is a reminder to not take anything for granted and taking any opportunity for happiness and love that comes our way.

This is a great novel and I recommend it for both new and established fans of Freya North.

(The Turning Point is available in hardback from most major bookshops. You can also buy it in e-book format.)

2 Responses to Review: The Turning Point by Freya North