Bella’s Scribblings: Am I a Writer or an Author? 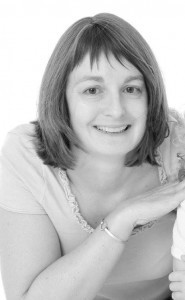 I had a lovely time at the RNA Summer Party in May (there is wine, nibbles and writing chatter – what’s not to love?!) and had many interesting conversations with lots of lovely people. One of the conversations was about business cards (don’t worry this was well-balanced with topics of cake, happy endings and Spam donors – don’t ask!) As there were a few new members attending their first RNA event there was the usual swapping of business cards and the encouragement that if they didn’t have any they needed to get some for the RNA Conference.

There were some particularly lovely business cards too, my favourite was a shiny one (I’m easily distracted after cocktails!) but it was a discussion about what you have as your role title that really interested me.

Someone said that they had put ‘writer’ on theirs and that once they were published they would change it to ‘author’. This prompted further discussion as to whether this was the acceptable terminology and after lengthy debate I think we came to the conclusion that we have absolutely no idea as to what was the correct etiquette.

So once I had got over my tiredness (okay it may have been associated with one too many mojitos) I thought I would ask my trusted friend Google for an opinion. After circa three days trawling through the myriad information I discovered the following:

Are we all clear on that now? No, nor am I. I think I might go with one of the follower just to add further confusion and debate (because I’m like that!):