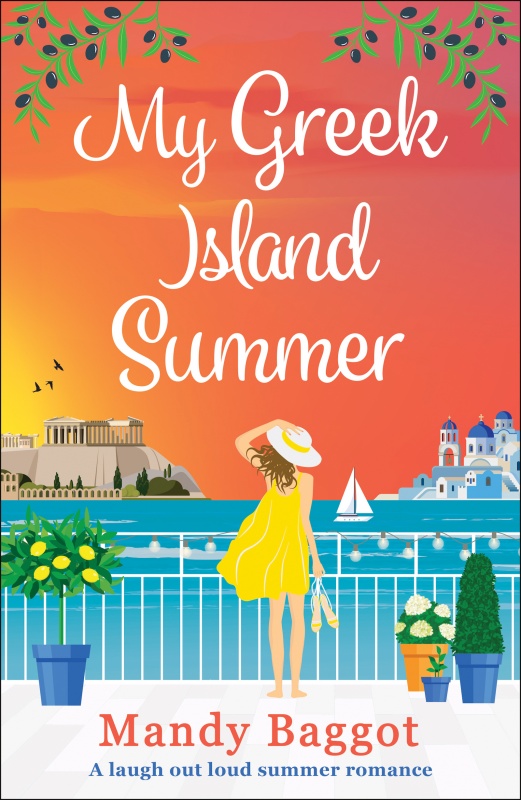 A big lovely welcome to Mandy Baggott and the blog tour for her twentieth novel, My Greek Island Summer.

Two weeks. One unforgettable trip to Corfu. A chance to change her life.

Becky Rose has just landed her dream job house-sitting at a top-end villa on the island of Corfu. What could be better than two weeks laying by an infinity pool overlooking the gorgeous Ionian waters while mending her broken heart.

Elias Mardas is travelling back to Corfu on business whilst dealing with his own personal demons. Late arriving in Athens, Becky and Elias have to spend a night in the Greek capital. When they have to emergency land in Kefalonia, Becky’s got to decide whether to suck up the adventure and this gorgeous companion she seems to have been thrown together with or panic about when she’s going to arrive at Corfu…

Finally reaching the beautiful island, Becky is happy to put Elias behind her and get on with her adventure. Until he turns up at the villa…

To celebrate Mandy’s twentieth book, she and Aria have shared an extract with us today. Grab that coffee/tea and the comfy chair. I am hoping that, like here, the sun is shining and enjoy. #mandybaggott20

‘She’s going to take everything, isn’t she? Because that’s what they do, isn’t it? It’s all whispered sexual promises and home-cooking at the beginning, and then it’s commands about DIY and M&S meals you have to microwave yourself. And then… then it’s bitter accusations that you’ve been ignoring their needs, when really you’ve been negotiating million-dollar contracts so they can carry on having spa weekends with their friends where they go all-in for facials and Watsu, but complain about how terrible their lives are and how their husbands are nothing but unreasonable bastards who haven’t been able to find their erogenous zones since the honeymoon. Well, Elias, I challenge any man to find Kristina’s erogenous zone when the hedges haven’t been cut for a decade. Do you get what I’m saying? But, of course, it’s all my fault, isn’t it? Everything is always my fault.’

Solicitor Elias Mardas sat back in the hotel meeting room chair and regarded his client, Chad. Hair flecked with silver, wearing a navy suit from Moss London, this businessman would usually be the epitome of calm and controlled. Chad was used to negotiating hard with counterparts across the globe and here the man was, unravelling in a hotel in Central London. Not that Elias was surprised. This was what usually happened. Most of his clients became a shadow of their former selves, when it came to the topic of divorce. And that’s where Elias came in. It was his job to control this whole process, legal and emotional, to ensure that his client dealt with the inevitable fall-out and arrived at Destination Decree Absolute in the best possible position. Matrimonial law might not have been his legal area of choice when he’d first qualified – originally he had intended to deal with property and real estate – but circumstances had changed and he had changed and this was his niche. His company, working alone, picking and choosing his clients. He excelled at it and it was lucrative. What more could you want from a career?

‘Why aren’t you saying anything?’ Chad wanted to know. ‘You haven’t said anything in forty-five minutes.’ He picked up his water glass and downed a mouthful. ‘I’m not paying you an extortionate amount of money per hour to say nothing. I want strategy and planning. I want to wipe that triumphant look off Kristina’s face when she realises that she isn’t going to win this time.’ He blew out a breath. ‘She isn’t going to completely win this time, is she?’ He hesitated only for a beat. ‘Fuck! Of course she is! They always do!’ Chad stood up then, beginning to pace, along the carpet in front of the full-length window giving them a London summer skyline, all shafts of light gleaming off steel and glass. 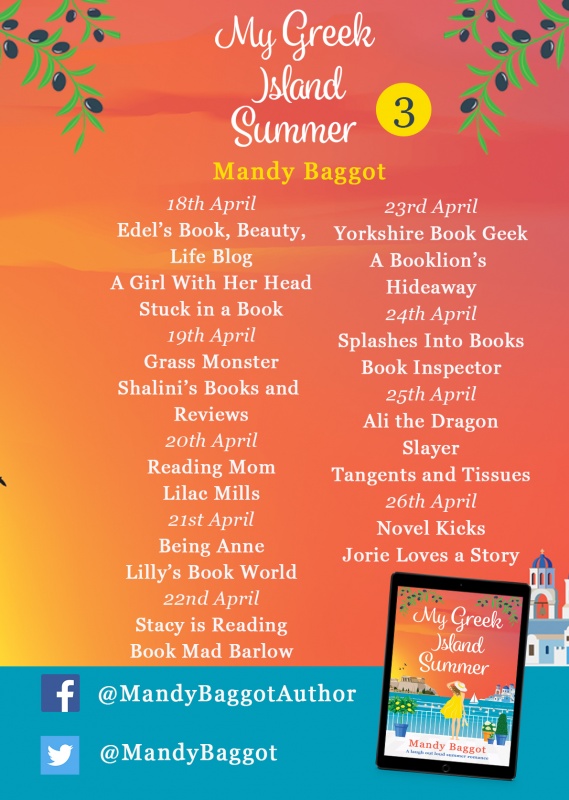 ‘Sit down, Chad,’ Elias told him, topping up both their water glasses.

‘I can’t sit down,’ Chad replied. ‘It’s the stress! I’ve never been this stressed! It’s playing havoc with my piles and she knows that. She will know that.’ He aimed a designer shoe at the pot of a fake orchid plant in the corner, then yelped.

Elias figured that Chad was very nearly done. The anger was calming a little. When the meeting had started, Chad had exploded into a frenzied verbal tirade, his face turning a vibrant beetroot. He’d had to loosen his tie and undo the top button of his shirt, despite the air-conditioned atmosphere. He’d then patrolled the space like an over-zealous security guard, blaming mainly Kristina’s signing up to a weekly book club as the reason their marriage had completely fallen apart. But Elias knew exactly why the marriage had fallen apart. He knew exactly how every marriage fell apart. Communication. Or, rather, the lack of it. 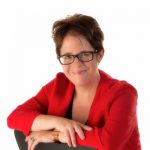 Mandy’s books have so far been translated into German, Italian, Czech and Hungarian. Mandy loves the Greek island of Corfu, white wine, country music and handbags. Also a singer, she has taken part in ITV1’s Who Dares Sings and The X-Factor.

Mandy is a member of the Romantic Novelists’ Association and the Society of Authors and lives near Salisbury, Wiltshire, UK with her husband and two daughters.

My Greek Island Summer was released on eBook on 2nd April by Aira Click to view on Amazon UK, Kobo and Google Play. You can also pre-order the paperback, due to be released in July on Amazon UK.

You can also find out more about Mandy at ariafiction.com and on Twitter: @aria_fiction