Autumn is on its way and although I am very sad to be saying goodbye to August, I am very excited to say hello to September as there are some brilliant books due for release this month. I have picked three books we are looking forward to reading. 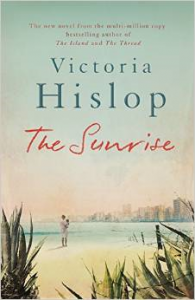 The Sunrise by Victoria Hislop.

Due for release on 25th September by Headline.

I love the cover for this book. It’s very pretty. Victoria is the best-selling author of The Island and The Return and we’re looking forward to reading her latest release.

In the summer of 1972, Famagusta in Cyprus is the most desirable resort in the Mediterranean, a city bathed in the glow of good fortune. An ambitious couple are about to open the island’s most spectacular hotel, where Greek and Turkish Cypriots work in harmony. Two neighbouring families, the Georgious and the …zkans, are among many who moved to Famagusta to escape the years of unrest and ethnic violence elsewhere on the island. But beneath the city’s faade of glamour and success, tension is building.

When a Greek coup plunges the island into chaos, Cyprus faces a disastrous conflict. Turkey invades to protect the Turkish Cypriot minority, and Famagusta is shelled. Forty thousand people seize their most precious possessions and flee from the advancing soldiers. In the deserted city, just two families remain. This is their story. 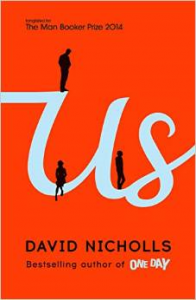 Us by David Nicholls.

Due for release on 30th September by Hodder & Stoughton.

David Nicholls is the author of the fantastic One Day which was adapted into a movie starring Anne Hathaway and Jim Sturgess. I definitely fell in love with Emma and Dexter. I am very excited about David’s new book and I can’t wait to get my hands on it. There have been some very positive reviews so far. Not wanting to wish my life away but roll on 30th September.

‘Douglas, who in their right mind would look forward to that?’ 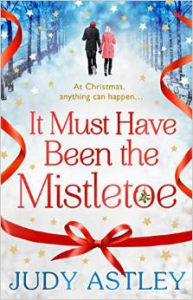 It Must Have Been The Mistletoe by Judy Astley.

Due for release on 25th September by Bantam Press.

With the rain and cold weather lately, it has definitely felt like it could be the middle of winter.  I know it’s only September but I always look forward to Christmas themed books so come 25th September, I will be getting into the festive spirit early and grabbing a copy of Judy’s latest book. I know it’s early but you can never keep me away from Christmas. I had the pleasure of meeting Judy at the RNA Annual Conference and what a lovely lady she is.

About It Must Have Been The Mistletoe.

Thea’s parents decide to host a big family Christmas in a house by the sea. even though they are, in fact, about to split up. Thea herself is newly single – her sister and brother are both settled, with children, homes and a future. But Thea’s boyfriend has ditched her in favour of his pedigree dogs, and Thea can’t decide whether or not she minds.

There will be copious food and drink, holly and mistletoe, lots of bracing walks and a wintry barbecue on the beach. If it seems an odd way to celebrate the final break-up of a marriage and the Moving On to new partners, no one is saying so. But then no-one had anticipated that the new partners might actually turn up to complicate the sleeping arrangements.

As Cornwall experiences the biggest snowstorm in living memory, the festive atmosphere comes under some strain. Will Thea manage to find some happiness for herself? Will the mistletoe work its magic on them all?