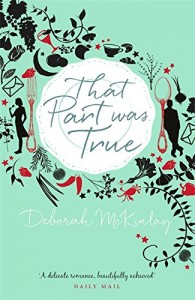 If you’re a frequent visitor to Novel Kicks then you will know that I have a thing for book covers. It is bordering on obsession if I am honest. It was a little hard to pick but here are a few of my favourite book covers…

That Part was True by Deborah Mckinlay.

I think this is one of my favourite covers ever. I read this at the beginning of the year and loved it. Eve writes to Jackson to praise a scene from one of his books and they discover a mutual love of cookery and food. They are soon exchanging letters.

The plot was great. It’s a gentle kind of book. I completely adored this cover. The blue cover and the decoration is so beautiful I almost didn’t want to read it because I didn’t want to ruin the cover. 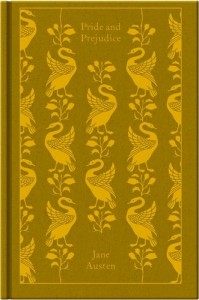 This particular cover was re-released as part of Penguin’s hardback clothbound classics series and was designed by Coralie Pickford-Smith.

The Night Circus by Erin Morgenstern

First of all, I am in love with the blurb of this book. 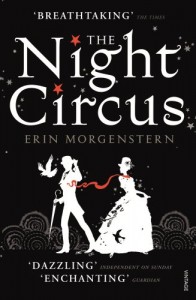 ‘The circus arrives without warning. No announcements proceed it. It’s simply there when yesterday it was not.’

It’s so good and it has made me want to read it. It’s been on my TBR pile for a while and I determined to read it by the end of the year. This cover is absolutely beautiful and mysterious. I love, love, love it.

I have mentioned this book a couple of times lately but I can’t seem to talk about it enough. It’s one of my favourites of the year. I really liked it. Sarah is OK. True, she has to share her friends with her ex boyfriend and his new girlfriend but she’s happy (sort of.) Sarah begins to dream of a handsome man who then arrives in her real life too. It’s a clever plot and I couldn’t put the book down.

My favourite thing is the cover. It’s one of my absolute favourites. It’s so pretty, whimsical and romantic. It reminds me of Lisa Jewell’s earlier book covers – just such lovely artwork and it’s instantly recognisable as Giovanna’s novel. 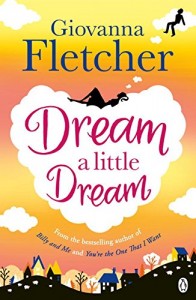 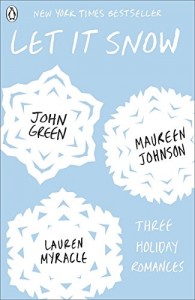 This book is three short stories by three authors but the stories are all interconnected. Residents of Gracetown are snowed in. One person ventures out from her stranded train and she sets events in motion that will change a few lives. One girl takes a risky shortcut with an adorable stranger. Three friends set out to win a race and the fate of a teacup pig falls into the hands of a lovesick barista. It sounds brilliant.

It’s a book that’s completely up my street and a list of mine would not be complete without a christmas cover in there somewhere. I adore this one. It’s so simple but so pretty. It looks lovely on my bookshelf. It’s a christmas book. Enough said. 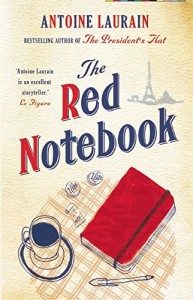 The Red Notebook by Antoine Laurain.

It has been a great year for book covers. The Red Notebook is another book I read earlier in the year and I absolutely adored it. Laurent Letellier finds an abandoned handbag on a Parisian street and he wants to return it to its owner – if only there was a clue as to who it belongs to.

This cover is just incredibly pretty. It’s embossed and has gorgeous colours. The illustration is lovely. There’s also a bookmark attached onto the inside cover or at least that is what I used it for anyway.

Thursdays in the Park by Hilary Boyd.

This book is SO pretty. I absolutely adore it and this cover has definitely made me want to read the book. Jeanie finds herself a little lost after her husband of thirty years leaves her. Then one day, she meets Ray. She just needs the courage to take another shot at love. 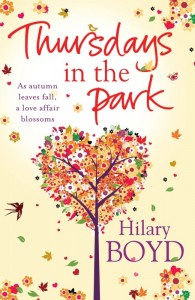 This book is really suited to this time of year (the colours of the cover is very autumn.) It could have almost come out of the Secret Garden colouring book. At least that is what it reminds me of.

All the books mentioned are available in most UK bookshops.

3 Responses to My Favourite Book Covers