My Writing Ramblings: My June Favourites 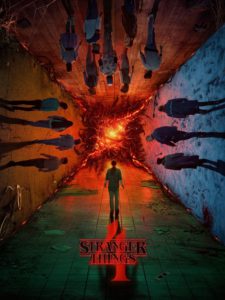 As we’ve said goodbye to June, I wanted to share some of my favourites from last month with you. So, here we go.

I was so excited when the new episodes for Stranger Things 4 were announced. Netflix did something a little different this time and released the series in two volumes; the first seven episodes being available on 27th May and the last two releasing at the beginning of July.

My husband and I didn’t immediately watch it. We wanted to wait until the end of June so we wouldn’t have to wait too long for the last two episodes and I was so glad we did.

I loved every moment of this series. It was so well written and had me on the edge of my seat the whole time. I just couldn’t see where it was going. Incidentally, the creators of Stranger Things have done a class on Masterclass that I am very interested in viewing.

Now, I am not a ‘horror film and TV’ person but this series, for the most part, is AMAZING. If you’ve not given it a go yet, I recommend it (although there is one scene in a previous series I could have done without.)

Aside from anything else, it has a fantastic 80’s soundtrack including great inclusion of ‘Running Up That Hill’ by Kate Bush and Separate Ways (Worlds Apart) by Journey.

My second favourite is an app – Disney Emoji Blitz. I want to start with the thing I dislike most about this app (yes, I know, strange considering it’s a favourites post.) It can be very expensive to play. You can progress without spending much but it will take a lot longer so, if you’ve got more patience than me, it’s perfect.

If you can get over the cost, it’s a very fun yet calming game to play. I usually play it before I go to sleep as it helps to chill me out and calms the anxiety. 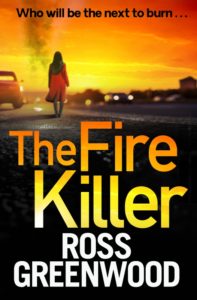 The Fire Killer by Ross Greenwood.

The Fire Killer by Ross Greenwood is my third favourite for June.

It was so tough to pick a favourite book from last month as they were all so good. However, this one is still on my mind despite having finished it weeks ago. Click here if you’d like to read my review.

I have fast become a fan of Ross Greenwood and I am looking forward to the next instalment in this book series and catching up with DI Barton and his team, The Santa Killer which is due out toward the end of the year.

When DI Barton is asked to investigate a seemingly innocuous fire that kills, he believes it’s either children fooling around or a worrying racially-motivated crime.

As he delves deeper into the case, he soon realises that there is a history of similar blazes spread out over many years, all within a close area. An idea suggested by pathologist Mortis makes Barton suspect he has the arsonist’s motives wrong.

When a night worker comes forward with a tip, Barton narrows down the suspects. But with all of them acting suspiciously, he knows for sure that one or more of them must be lying. And when a huge house blaze shocks everyone, Barton fears the killer has lost all control.

Who is The Fire Killer? What will be next to burn? 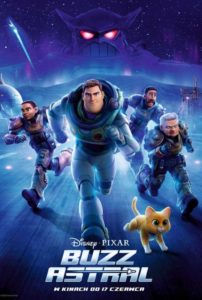 My fourth favourite has to be Lightyear.

Now this film does seem to have received mixed reviews. I am from the Toy Story generation so I tried not to go into the cinema with any exceptions for this film.

For anyone who doesn’t know how this fits into the Toy Story universe, Pixar have said that, in 1995, Andy got a Buzz Lightyear toy from his favourite movie – this is this movie.

Personally, I loved it. Yes, I know that the casting of Chris Evans as Lightyear has divided some people but I think it was done well and it was very funny. I wanted to steal Sox the cat. I think that, if you don’t see it as a prequel to the Toy Story films, you’ll love it.

If you go into the cinema thinking it’s a prequel to Toy Story, I think you’ll be disappointed. It stands on its own.

750 words.com is my fifth June favourite.

I have featured this site many times on Novel Kicks. I have been enjoying using this site so much recently, I wanted to mention it again.

If anyone has heard of Julia Cameron’s ‘Morning Pages,’ this is the premise for 750words.com but online.

It’s totally private and although there is a small monthly fee ($5 a month after a 30 day trial,) for me, it has been fantastic. It has given me the tools to develop a daily writing habit. Some days I only just reach the minimum word count and other times, I am writing and don’t realise I have surpassed the required 750 words.

There are reward badges. I love this feature. I guess it’s like getting a gold star at school. Haha.

My last favourite is the Logi POP keyboard.

I adore this keyboard. I have it in pink and my first point is that it’s very pretty.

It’s wireless and you can connect three devices at the same time which is handy as I use it for my laptop, desktop and iPAD.

There are also custom emoji buttons. A small thing but cute all the same.

The greatest thing about it and, I think anyone reading this who is a writer will know what I am talking about, the keys feel and make a similar sound to a typewriter.

Oh, it’s so great. I love it and if you’ve been thinking about getting one, I would absolutely recommend it.

What products have you been using and loving over the last month? Let me know in the comments.

(N.B – All the things mentioned were not gifted. I simply, as always wanted to share what I’ve been loving.)