New and upcoming books that have arrived with us this week.

We are feeling the mystery this week with the recent arrivals at Novel Kicks and we like a good puzzle. Here are a selection of new and upcoming releases that are on our to read pile.

The Accident by C.L Taylor.

About a week ago, I started receiving black envelopes with 10th April 2014 stamp on the back. Inside, was a diary page saying, ‘this secret is killing me.’ I got two of these in total before a black box arrived, containing a copy of this book. It really helped build the mystery and I now can’t wait to read. It’s due for release in April. 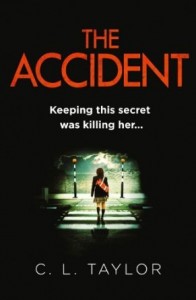 Fast-paced and suspenseful The Accident is perfect for fans of Before I Go to Sleep, Gone Girl and Sophie Hannah. A gripping debut about the deadly secrets your children can keep … Sue Jackson has the perfect family but when her teenage daughter Charlotte deliberately steps in front of a bus and ends up in a coma she is forced to face a very dark reality. Retracing her daughter’s steps she finds a horrifying entry in Charlotte’s diary and is forced to head deep into Charlotte’s private world. In her hunt for evidence, Sue begins to mistrust everyone close to her daughter and she’s forced to look further, into the depths of her own past. Sue will do anything to protect her daughter. But what if she is the reason that Charlotte is in danger?

A Single Breath by Lucy Clarke.

This is Lucy’s second novel. I really enjoyed The Sea Sisters and this looks to be continuing on with the theme of water. I am eager to start reading this one. It’s due to be published by Harper at the end of March. 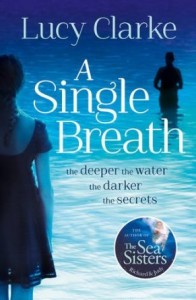 The deeper the water, the darker the secrets. There were so many times I thought about telling you the truth, Eva. What stopped me was always the same thing…When Eva’s husband Jackson tragically drowns, she longs to meet his estranged family. The journey takes her to Jackson’s brother’s doorstep on a remote Tasmanian island. As strange details about her husband’s past begin to emerge, memories of the man she married start slipping through her fingers like sand, as everything she ever knew and loved about him is thrown into question. Now she’s no longer sure whether it was Jackson she fell in love with – or someone else entirely…The truth is, it was all a lie . . .

Gretel and The Dark by Eliza Granville.

I am stupidly excited to be reading this one. It’s all inspired by fairy tales and it just sounds such an intriguing book. Plus, when it arrived, it had a black and white lollipop with it. You can’t go wrong there in my opinion. This was released earlier this month by Hamish Hamilton. 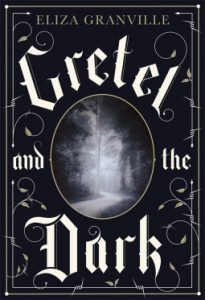 Vienna, 1899. Josef Breuer – celebrated psychoanalyst – is about to encounter his strangest case yet. Found by the lunatic asylum, thin, head shaved, she claims to have no name, no feelings – to be, in fact, not even human. Intrigued, Breuer determines to fathom the roots of her disturbance. Years later, in Germany, we meet Krysta. Krysta’s Papa is busy working in the infirmary with the ‘animal people’, so little Krysta plays alone, lost in the stories of Hansel and Gretel, the Pied Piper, and more. And when everything changes and the real world around her becomes as frightening as any fairy tale, Krysta finds that her imagination holds powers beyond what she could have ever guessed . . .