Book Extract: A Question of Us by Mary Jayne Baker 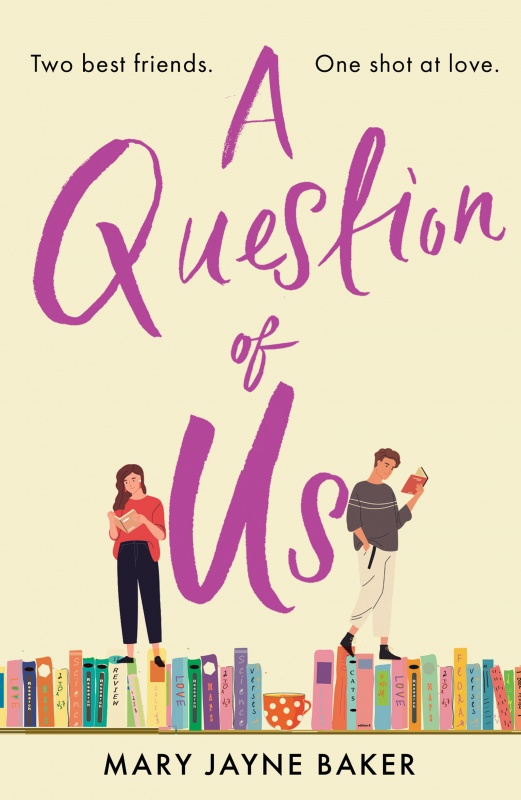 Hello to Mary Jayne Baker and the blog tour for her novel, A Question of Us.

There are some people who seem like they have all the answers in life. Clarrie Midwinter isn’t one of them.

At the age of 26, tomboy Clarrie is still struggling to become a ‘proper’ grown-up.

She’s eternally strapped for cash, she hasn’t had a date in nearly a year and her attempts to quit smoking tend to take a nosedive after the second pint. Most annoyingly of all, her ladykiller best friend Simon just won’t stop asking her out.

The only thing keeping her sane is her pub quiz team, the Mighty Morphin Flower Arrangers.

But when Simon bets her a date their team will win the quiz league, Clarrie is forced to confront what she really wants out of life – and love. Is it finally time for her to grow up?

Mary Jayne and her publisher have shared an extract with us today. Enjoy.

‘The chances of me getting lucky with Sally Pemberton are slim to none,’ Dave said.

‘The chances of Si getting lucky with Sally Pemberton, and me therefore receiving the knock-on benefit of a faster pint, are about 99.9 per cent. I’ll take those odds.’

Clarrie was still squinting at the photo of the dog, which was small and Ewok-like with curly beige fur.

Si shook his head. ‘That’s not a thing.’

‘It is too a thing, the woman next door to my mum’s got one.’

‘What, so it’s half poodle, half fizzy wine?’

She nudged him, smiling. ‘Half Cavalier King Charles, you div.’

‘You know, dogs really went downhill when they started breeding them for comedy portmanteau purposes.’

‘Go on then, write it down,’ Dave said, rolling the pen to Clarrie. ‘You’re captain, you get final say.’

‘All right.’ She jotted it into the answer box. ‘But if it’s wrong, it’s wrong. I don’t want it following me to the grave like Sonny and the fifth Marx brother.’

Sonny scowled. ‘Do we have to bring that up every week? Anyone could’ve made that mistake.’

‘Very true,’ Dave said gravely. ‘I’m sure Karl had plenty of time after writing Das Kapital for a bit of slapstick fun with the family.’

‘Oh, knob off, can you?’ Sonny rubbed a V-sign at Dave against his cheek. ‘Eight years ago I got that wrong. Jesus.’

‘Still funny though,’ Dave said, grinning. ‘Right, I’m off to the bar. Same again, you lot?’

Jeff was half asleep again, but he flickered to attention when he heard the magic word ‘bar’.

‘Another Landlord for me, young Davy.’

‘I’ll skip this round.’ Simon waggled his still half-full beer. ‘All right with what I’ve got for now.’

Clarrie glanced at the dregs of her pint. She had to work tomorrow. Probably should go easy…

Oh, what the hell. 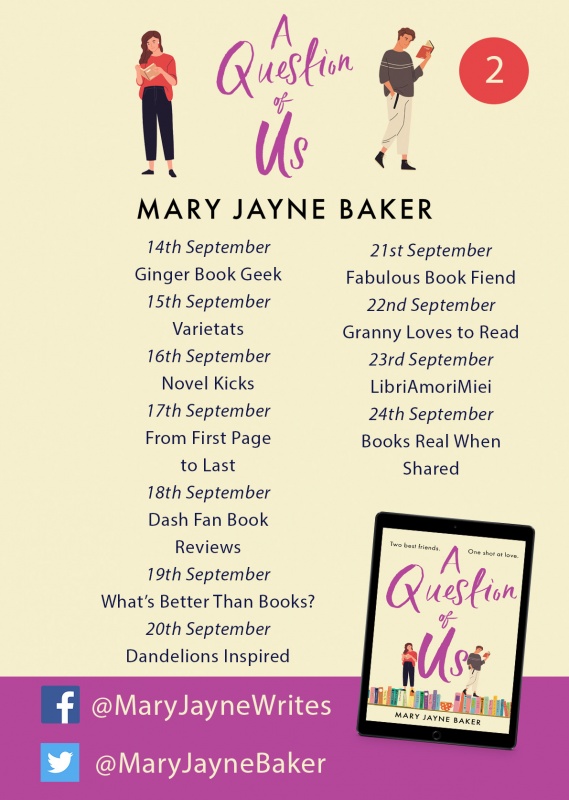 ‘Yeah.’ Sonny’s tone was sulky after the reference to the infamous Marxgate. ‘And you can get me a bag of them Nobby’s Nuts while you’re up there.’

‘A game?’ Sonny’s eyebrows shot up into his carefully gelled hair. ‘This is the League, Si! Get some perspective, for Chrissakes.’

Clarrie felt Simon’s knee nudge her under the table. She tried not to laugh as she caught his eye. 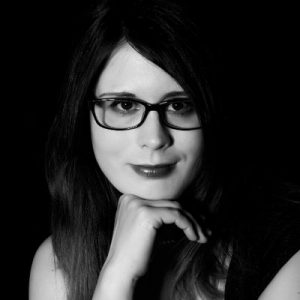 Mary Jayne Baker grew up in rural West Yorkshire, right in the heart of Brontë country… and she’s still there.

After graduating from Durham University with a degree in English Literature, she dallied with living in cities including London, Nottingham and Cambridge, but eventually came back with her own romantic hero in tow to her beloved Dales, where she first started telling stories about heroines with flaws and the men who love them.

A Question of Us was released by Aria on 5th September 2019. Clicl to view on Amazon UK, Kobo, iBooks, and Google Play.