Spring will soon be on its way. It is only two weeks until the clocks go forward and there is a promise of longer evenings and lighter mornings. It also means new books. I wanted to share with you five of the books that I am most looking forward to reading so far this year… 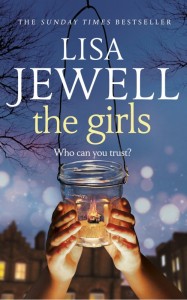 The Girls by Lisa Jewell.

I love Lisa’s books and so I can’t wait for this one to be released. This one sounds very intriguing. The cover is so pretty too. This is due to be released by Century on 2nd July 2015.

Dark secrets, a devastating mystery and the games people play. You live on a picturesque communal garden square, an oasis in urban London where your children run free, in and out of other people’s houses. You’ve known your neighbours for years and you trust them. Implicitly. You think your children are safe. But are they really?Midsummer night: a thirteen-year-old girl is found unconscious in a dark corner of the garden square. What really happened to her? And who is responsible? 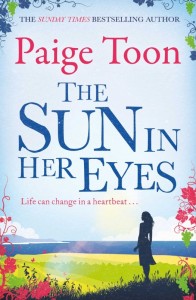 The Sun in Her Eyes by Paige Toon.

Paige revealed the cover for her new novel a few weeks ago and it’s so lovely. This will be released by Simon & Schuster on 21st May 2015. I want to read this NOW especially on reading the last line below and so not to wish my life away but roll on May.

Blinding sunshine… A bend in the road… What became of the little girl with the sun in her eyes?
Amber was three when a car crash stole her mother’s life. She doesn’t remember the accident, but a stranger at the scene has been unable to forget. Now, almost thirty years later, she’s trying to track Amber down.
Amber, meanwhile, is married to Ned and living on the other side of the world in London. When her father has a stroke, she flies straight home to Australia to be with him. Away from her husband, Amber finds comfort in her oldest friends, but her feelings for Ethan, the gorgeous, green-eyed man she once fell for, have never been platonic.
As Ethan and Amber grow closer, married life in London feels far away. Then Amber receives a letter that changes everything.
‘Before your mother died, she asked me to tell you something…’ 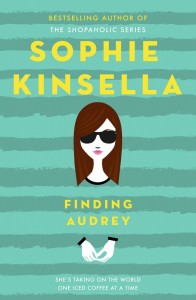 I have been a fan of Sophie’s ever since I discovered the shopaholic series in my mid twenties. This new book is a romance about a teenage girl called Audrey and it’s due to be released on 4th June 2015 by Doubleday Childrens.

Meet Audrey: an ordinary teenage girl with not so ordinary problems.

Aside from her completely crazy and chaotic family, she suffers from an anxiety disorder which makes talking to her brother’s hot new best friend a bit of a challenge.

But Audrey has a plan to help her face her fears and take on the world again. First stop: Starbucks. 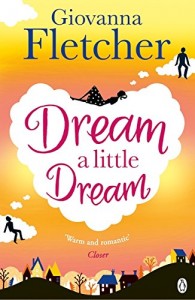 I LOVE THIS COVER. It’s so beautiful. I loved Billy & Me and so I am looking forward to Giovanna’s next novel which is due to be released by Penguin on 18th June 2015 and I imagine will be a lovely summer read and perfect to take on holiday with you (if the cover is anything to go by. Lovely and has a summer feel to it. Did I mention I loved the cover?)

I couldn’t find any details about the plot of the novel yet which strangely just makes me more excited to read it.

That Girl From Nowhere by Dorothy Koomson. 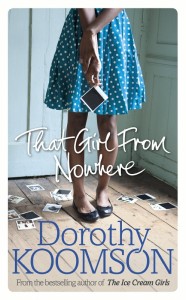 This is due to be released by Century on 9th April 2015 so not long to wait for the new novel by Dorothy Koomson. This is another author that I love and again, such a pretty cover (everyone has outdone themselves this year.)

Set in Brighton, this book focuses on Clemency who was adopted a baby. It sounds so good.

Clemency Smittson was adopted as a baby and the only connection she has to her birth mother is a cardboard box hand-decorated with butterflies. Now an adult, Clem decides to make a drastic life change and move to Brighton, where she was born. Clem has no idea that while there she’ll meet someone who knows all about her butterfly box and what happened to her birth parents.

As the tangled truths about her adoption and childhood start to unravel, a series of shocking events cause Clem to reassess whether the price of having contact with her birth family could be too high to pay…

What books are you looking forward to reading this year?