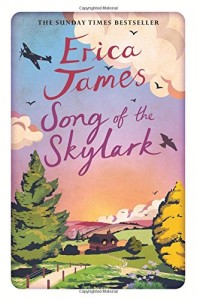 It’s time to share some of the new book releases this week. There is a nice mixture of genres and authors this week. Which one are you looking forward to reading?

I do have a thing for covers and this one is beautiful. This book sounds so interesting too.

Lizzie has always had an unfortunate knack of attracting bad luck, but this time she’s hit the jackpot. Losing her heart to her boss leads to her losing her job, and with no money in the bank, Lizzie finds herself forced to move back home with her parents. When she reluctantly takes another job, she meets Mrs Dallimore, a seemingly ordinary elderly woman with an astonishing past . . .

Now in her nineties, Mrs Dallimore is also coming to terms with her situation. Old age is finally catching up with her. As she and Lizzie form the bond of unexpected friendship, Mrs Dallimore tells the story of a young girl who left America before the outbreak of World War Two and, in crossing an ocean, found herself embarking on a new life she couldn’t have imagined.

As Lizzie listens to Mrs Dallimore, she begins to realise that she’s not the only person to attract bad luck, and that sometimes life has a way of surprising you . . . 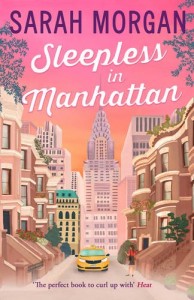 I know I do go on about covers but again, this one is beautiful and very whimsical. It’s also based in New York which is one of my favourite cities. This sounds like a lovely romantic comedy.

Great friends. Amazing Apartment. An incredible job. Paige has ticked off every box on perfect New York life checklist. Until disaster strikes and instead of shimming further up the career ladder, Paige is packing up her desk.

Her brother’s best friend Jake might be the only person who can help her put her life back together. He also happens to be the boy she spent her teen years pining after, and Paige is determined not repeat her past mistakes. But the more time she spends with Jake, the more Paige realises the one thing that was missing from her world all along: The perfect New York love story… 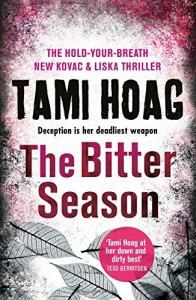 This is the latest book in the Kovac and Lisa novels and has been released in hardback today. I have not read any of the previous novels but having read the blurb for this book, they sound great. I’m definitely going to give the series a read.

It was a shocking crime.

A middle-aged couple – hacked to death in their own home – with a samurai sword. Normal people. Who were they? And why were they targeted?

It was a shocking crime. But it wasn’t the first.

Twenty years ago a policeman was murdered in his own back garden and the killer was never caught.
One woman might link these mysteries. But she is being watched. Can Detectives Nikki Liska and Sam Kovac find her before it is too late? 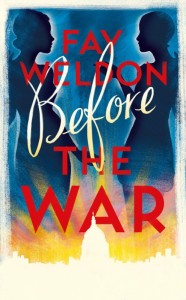 This sounds so interesting and the cover is good too. This book is the first in the Spoils of War series and it has been released today in hardback.

Consider Vivien in November 1922. She is twenty-four, and a spinster. She wears fashionably droopy clothes, but she is plain and – almost worse in those times – intelligent. At nearly six-foot tall, she is known unkindly by her family as ‘the giantess’.

Fortunately, Vivien is rich, so she can travel to London and bribe a charismatic gentleman publisher to marry her. What he does not know is that Vivien is pregnant with another’s child, and will die in childbirth in just a few months…

Fay Weldon, with one eye on the present and one on the past, offers Vivien’s fate to the reader, along with that of London between the wars. This is a city fizzing with change, full of flat-chested flappers, shell-shocked soldiers and aristocrats clinging onto the past.

Inventive, warm, playful and full of Weldon’s trademark ironic edge, this is a spellbinding historical novel from one of the best novelists of our time. 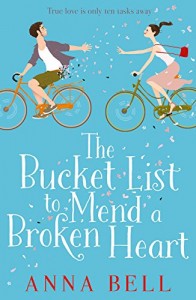 Another gorgeous cover. This looks like a perfect book to curl up with and forget about this horrible weather.

Abi’s barely left her bed since Joseph, the love of her life, dumped her, saying they were incompatible. When Joseph leaves a box of her possessions on her doorstep, she finds a bucket list of ten things she never knew he wanted to do. What better way to win him back than by completing the list, and proving they’re a perfect match? But there’s just one problem – or rather, ten. Abi’s not exactly the outdoorsy type, and she’s absolutely terrified of heights – not ideal for a list that includes climbing a mountain, cycling around the Isle of Wight and, last but not least, abseiling down the tallest building in town …Completing the list is going to need all Abi’s courage – and a lot of help from her friends. But as she heals her broken heart one task at a time, the newly confident Abi might just have a surprise in store … 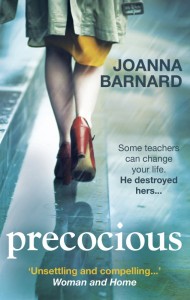 This is the debut novel from Joanna and has been released today in paperback. We’ve had a chat with Joanna today. Click here to read her interview.

Fiona Palmer is (un)happily married when a chance meeting with her former teacher plunges her headlong into an affair.

Intercut with the realities of their adult relationship, Fiona remembers first meeting the enigmatic Henry Morgan as a precocious and lonely fourteen-year-old. Her schoolgirl crush developed into an intense relationship, but it was always one which she controlled.